Skills for a new and transforming economy: response

In partnership with WorldSkills Kazan 2019

Building upon the challenges identified in the session on the demands of the new and transforming economy, this discussion will centre on solutions for skills development. Questions to be addressed include: should new training formats and programmes be considered? Should school curricula and qualifications change to better prepare future skilled workers? And what role may new technologies have in the delivery of future training programmes? The group discussions will be organized by region to allow discussion of solutions and best practices in local markets. 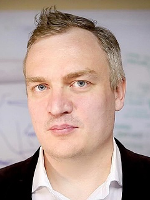 The Global Education Futures initiative, which was founded by Pavel, is aimed at catalyzing transformation of educational ecosystems on a global scale. Pavel is also a Professor of Practice at Moscow School of Management SKOLKOVO, where until 2014 he directed unique transformative integral programs in executive education, primarily focusing on energy and nuclear sectors – and now works primarily on transformation of the higher & professional education sector together with Skolkovo Education Development Center. Pavel also works closely with the Russian Agency of Strategic Initiatives, one of the primary national vehicles of driving change in professional education development and new technological sectors. He is the coauthor of Rapid Foresight methodology, widely used in sectoral and regional planning, and a primary author of Skills Technology Foresight methodology developed in partnership with International Labor Organization (and applied for skills anticipation in Eurasia, Africa, and Latin America). He is also a founder and a coauthor of Atlas of Emerging Jobs, one of the worlds largest compendiums of jobs of the future. Since 2014 he has acted as a representative of Russia in BRICS Skills Development Council (and chaired the group in 2015-16). He is also a co-founder (and a program director for several years) of the Foresight Fleet, one of the largest events on future thinking education, which has been held globally since 2012. Before 2009, he worked in business advisory services, automotive, and investment sectors, with over 20 years of experience in strategy design. 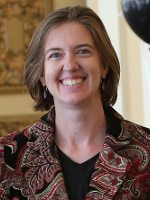 Georgette Yakman is the founding researcher and creator of STEAM Education. In 2006, she developed the framework and by 2007 had begun implementation as a middle and high school Engineering & Technology Teacher. She was President of her state teaching organization and Teacher of the Year with a regional technological business group. Her framework includes a way for all the subjects to relate to each other and to a rapidly changing world for developing reality-based life-long learning skills called FUNctional Literacy for All. This means learning and using the idea that Science and Technology are interpreted through Engineering and the (social, language, physical, musical and fine) Arts, all based in elements of Mathematics.As international regions adopted the STEAM framework, she became a consultant helping to develop programs in the US, S. Korea, China, Qatar and Saudi Arabia. She has trained over 2600 teachers in 41 states and 23 countries including 77 school staffs. These programs show significant improvements in student engagement and retention, and stronger interest from families, communities and businesses. She has been recognized by many groups with awards, speaking invitations, interviews and articles. She has worked as an architectural designer and VP of a clothing company in the US and Ecuador. She holds a Clothing and Textiles B.S., a Technology Education MaEd. and an Integrated STEM post-masters degree all from Virginia Polytechnic. 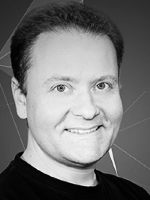 With a scientific background, Olivier Crouzet has a Masters degree as an IT engineer. During his scholarship, he acted both as a Technical Assistant and a Teaching Assistant. After two years as System Administrator in the 3rd French Internet service provider, he joined Nicolas Sadirac and spent 13 years developing a well-known IT school that became a French leader with 4000 students. He designed the pedagogical model, and made it evolve. Based on this educational success, a new IT school '42' was created in 2013, along with Nicolas Sadirac, Kwame Yamgnane and Florian Bucher, promoting an even more advanced training methodology, called Peer-Learning. Olivier Crouzet designed this model: 100%-project-based, without any teacher, lecture, nor knowledge transfer. Students debate, exchange ideas, try, fail, try again, to reach the goal, and finally evaluate their peers. Founded and funded by Xavier Niel, owner of one of the four French telecom companies, '42' is totally free for the students. In this spirit of social opening, Olivier Crouzet, while still evolving the pedagogical model of the school, is also promoting evolution in the French education system through various conferences. 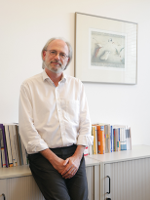 Director, Institute for Innovation and Technology

Ernst Hartmann studied Psychology in Marburg, Aachen, and Dresden from 1983 to 1989. He received a doctoral degree (Dr. rer. nat., Doctor of Science) from RWTH Aachen University of Technology, Faculty of Mechanical Engineering, in 1995, and a venia legendi (habilitation) for Work and Organisational Psychology from RWTH, Philosophical Faculty, in 2002.During the 1990s, he was Junior Researcher, Senior Researcher, and Head of a Research Group at RWTH. Additionally, he worked as an internal consultant for an international machine building company in the domain of organizational development. His main concern in both affiliations was the design of organisation, technology, and work with respect to individual and organisational learning. From 2001 to 2004, Ernst acted as scientific coordinator of the R&D programme Learning cultures and competence development at ABWF Association for Research in Professional Development, Berlin. The programme was funded by the German Federal Ministry of Education and Research. Since 2004, Ernst has served as Head of Department at VDI/VDE-IT. His main areas of expertise are Future of Work in Industry 4.0, design of integrated Work/Learning Systems, permeability between Vocational and Higher Education, project-based learning (especially learning processes based on research projects), skills needs analysis and prognosis, innovative capacity of organisations, approaches contributing to a better integration of research, education, and innovation. From 2004 to 2016, Ernst was head of the Socio-Economic Department of VDI/VDE-IT, since then however he has served as head of the newly founded Department of Education, Science, and Humanities. Additionally, since 2007, he has been director of the Institute for Innovation and Technology (iit) within VDI/VDE-IT. From 2006 to 2009, he was also part-time Professor for Ergonomics and Work Design at Otto-von-Guericke University, Magdeburg. 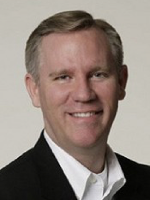 Dr. Andy Van Schaack is a Professor at Vanderbilt University with appointments in the Peabody College of Education and the School of Engineering. He teaches courses in social science research methods, organizational psychology, judgment and decision-making, and technology forecasting. His research focuses on technologies that make teaching and learning more effective, efficient, and accessible. Andy’s professional experience bridges the worlds of high technology and academia. Early in his professional career, he served as Technical Support Engineer and Higher Education Sales Manager for Apple Computer in Cupertino, California and Tokyo, Japan. While in graduate school he worked as a Licensing Associate for the university’s Office of Technology Commercialization where he was responsible for the protection, development, and commercialization of faculty inventions and creative works. Andy has founded several education-related companies including Cerego, Inc. of Tokyo, Japan and Livescribe, Inc. of Oakland, California. As Chief Scientist and Senior Science Advisor, respectively, he has earned more than a dozen patents for inventions related to adaptive learning systems and digital pens technologies. Dr. Van Schaack holds a bachelor’s degree in instructional psychology and doctorate in instructional technology from Utah State University. He was recently appointed Associate Dean for Online Programs at Peabody College and he was the 2017 recipient of the Madison Sarratt Prize for Excellence in Undergraduate Teaching (Vanderbilt University's Teacher of the Year award). 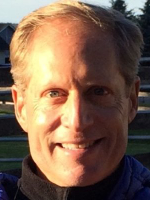 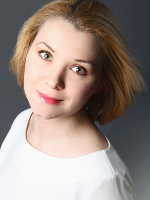 Since 2017 Ekaterina has served as the Head of the Skills Development Working Group within BRICS Business Council, having previously been a member of this group since 2014. Between 2013-2016, as a Head of the Skills Development for Industrial Growth Department in the Agency for Strategic Initiatives, Ekaterina was responsible for establishment and development of WorldSkills in Russia, including: the design and implementation of the WorldSkills Hi-tech Competition in 2014-2015; organization of the project of Dual Education for TVET in 13 pilot regions; and design of the skills development for industrial growth regional standard. In August 2015 Ekaterina received a State Award - Diploma of Appreciation from the President of the Russian Federation for her achievements in the field of skills development in Russia. In 2016 she received the prestigious Hubert H. Humphrey Scholarship and in 2017 graduated from Vanderbilt University. Her major field of research covered global trends and future skills for new and transforming economies.

OpenClassrooms is a global online education platform dedicated to making education accessible by prioritizing online degrees and a community-based, engaging learning experience. In his role, Pierre implements the strategic vision of the business to drive the expansion and furthered adoption of OpenClassrooms. At present OpenClassrooms is in more than 100 countries, and is launching soon in the United States. Inspired by technology from an early age, Dubuc and Mathieu Nebra co-founded OpenClassrooms 18 years ago, aged 11 and 13. Since then, the company has been recognized as a leading platform for code learning, technology skill development and digital culture. As a result of his success, Dubuc was selected in 2016 as one of Forbes’ 30 under 30 Social Entrepreneurs to Watch.