Closing Plenary: The road ahead: delivering a common TVET agenda

Policymakers, practitioners and young professionals: the 2017 WorldSkills Conference brings together a variety of actors from the skills and TVET ecosystem. In the first part of the Closing Plenary, speakers will delve into lessons learned from the WorldSkills Conference. They will then look to the future. How can the perspectives of different actors be best leveraged to drive systemic change? How can different stakeholders work together towards a common goal? And how can progress be effectively measured? Ministerial representation from future host countries will ensure that the discussion is carried forward to future WorldSkills events. 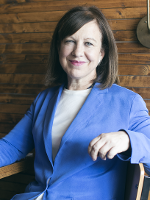 Lyse Doucet is the BBC’s Chief International Correspondent and senior presenter on BBC World TV and World Service Radio who reports across the BBC’s domestic and global outlets.

Her awards include an OBE in the 2014 Queen’s Honours list for her services to broadcasting and the 2016 Columbia University Journalism Award for lifetime achievement.

Born in eastern Canada, Lyse has ten honorary doctorates from leading British and Canadian Universities, a Master’s degree in International Relations from the University of Toronto, a BA Hons from Queen’s University in Kingston.